The Church and School

Our Shepherd Lutheran Church came into existence as an offshoot of Grace Lutheran Church on Lynhurst Drive. The congregation was first organized as "Westside Lutheran Mission", and held its first service at an elementary school on April 18, 1971. There were 158 charter members, with 125 communicants.

Since the very beginning of its existence, Our Shepherd Lutheran Church has offered a Sunday School and full Christian education program including Vacation Bible School, confirmation classes, midweek Bible studies, and retreats.

A music program has also been a part of the church from the beginning. There has been an adult choir since 1971. Other music groups have been added through the years, including a junior choir, two handbell choirs, and various ensembles and quartets.

On August 29, 1983, Our Shepherd Lutheran Preschool began and has been in operation ever since. The grade school began with the Kindergarten class in August 1992, adding a grade each school year following that. Our first 8th grade graduating class was in May 2001.

In November of 2001, the congregation purchased 25 acres of property located 1.5 miles west of their West 10th Street church and school site. After prayerful consideration, the congregation voted to sell this property and purchase another 40 acre property 3/4 of a mile further west on County Road 100 North in Avon.

Construction began on a new worship facility in July 2008. A year and a half later, in January 2010, the legacy facility at 9101 W. 10th Street was decommissioned as a church and school, and we moved to the new location. Dedication of the new facility at 9201 E CR 100 N, Avon, took place on February 7, 2010. On June 19, 2016, the church unveiled a stained glass work of art titled Lamb of God. It sits high above the altar and is a focal point to draw our attention to Jesus as the Lamb of God. CLICK HERE to read more about it.

Roger D. Eden was installed as Mission Developer in October 1971, and served as our first pastor until December 1973. The first worship services were held in January 1974 in a permanent facility at 9101 West 10th Street, Indianapolis.

Carl D. Cloeter served as our third pastor from June 1984 - February 1999. Scott Rauch was installed as the first Director of Christian Education in June 1986 - November 1998. New education facilities were added and dedicated in August 1987. In 1998, the music program came under the direction of Joyce Zimmerman until her retirement in May of 2020. Steve Hohnstadt was installed as Director of Parish Music in October of 2020.

Pastor Ronald May served as our fourth pastor from August 1999 - February 2012. Marty Hasz was installed as our second Director of Christian Education in July 1999 - July 2008. Pastor Aaron Rosenau was installed as our first Assistant Pastor August 2002 - 2008. Dan Hampton served as a DCE Intern from June 2008 - May 2009 and was extended a call and became their third Director of Christian Education June 2009 - September 2016. Pastor Phil Ridgon served as our Associate Pastor from July 2008 - October 2015. Pastor Daniel Lepley was our fifth Senior Pastor and from October 2013 through September 2020.

We are currently served by Pastor Matt Douglas who was installed as our Assistant Pastor in July 2016, and Joel Marquardt who was extended a call and became our fourth director of Christian Education in July of 2017. Kyle Borcherding has been called as of August 2020 to serve as our Special Ministry Pastor leading our Contemporary Worship. 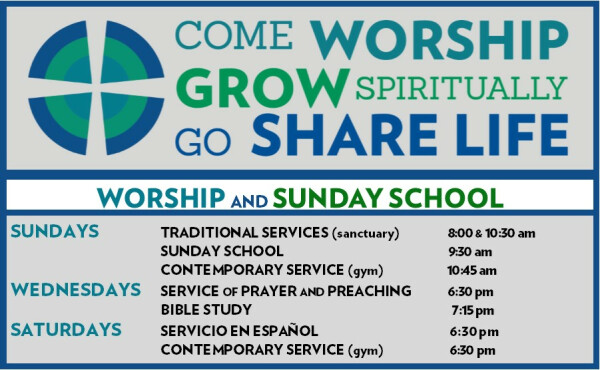